3 Node Cluster with Replication and Failover

How works replication in a 3 node cluster? 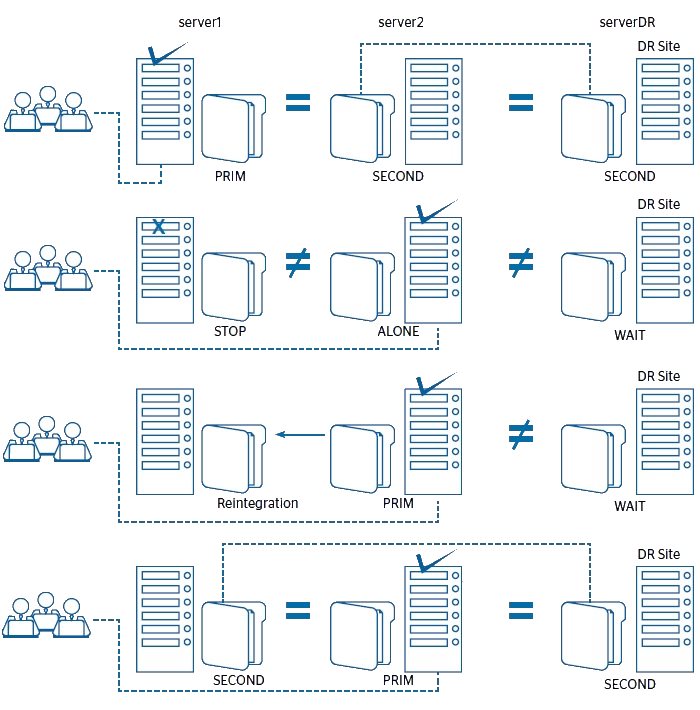 How to implement replication in a 3 node cluster?

2 SafeKit modules are required for implementing replication in a 3 node cluster : the application module and the spare module.

With the semi-synchronous real-time replication between server1 and server2, the application does not wait the acknowledgement of server3 before restarting its execution.

The other module (named the spare module) makes the real-time replication to the DR site. 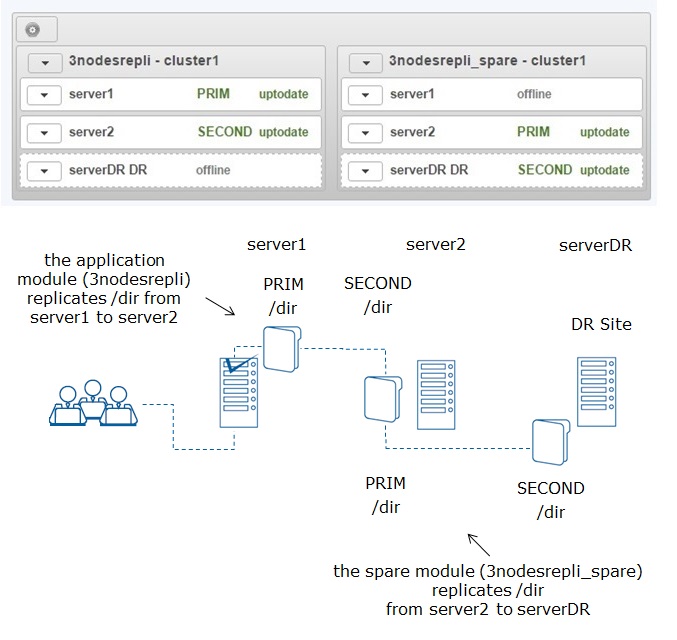 How to install a 3 node cluster with replication and failover?

Installation
An application module named 3nodesrepliv2.safe has been developed as an extension of the mirror module to simplify the installation. And the SafeKit web console helps in the deployment of this module on 3 servers. 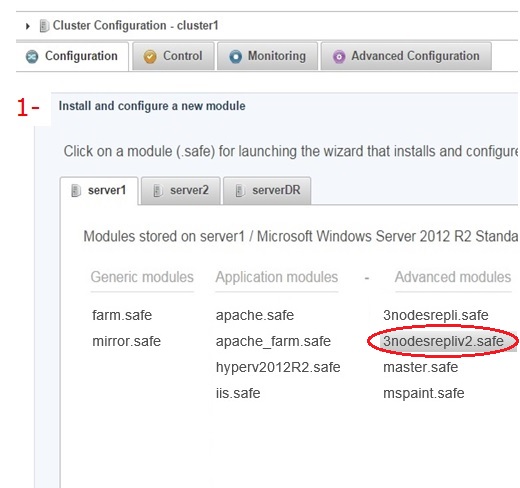 In the configuration wizard of 3nodesrepliv2.safe, the identity of the 3 servers are entered. 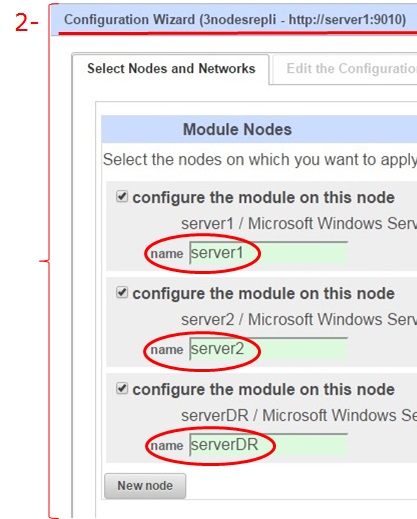 In the configuration, the path of the directory to replicate is set. 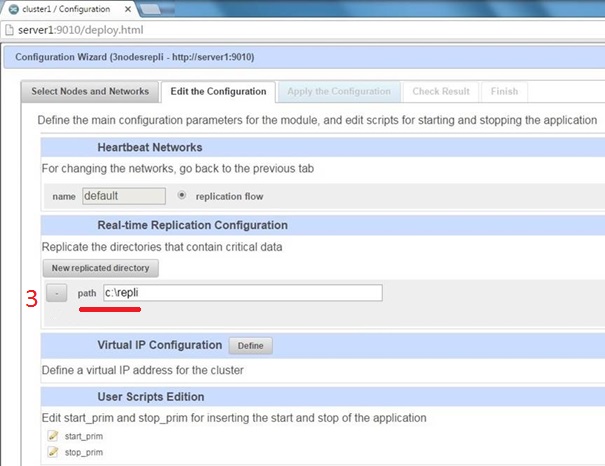 Among the 3 servers, the server in the disaster recovery site must be identified.

The first time, the server with the up-to-date data must be identified in order to synchronize data in the right way.

Finally, the system is high available

Failover to the disaster recovery site

Failover to the disaster recovery site

When server 1 and server 2 fail, the application failover to the DR site is possible with a manual procedure integrated in the administration console. 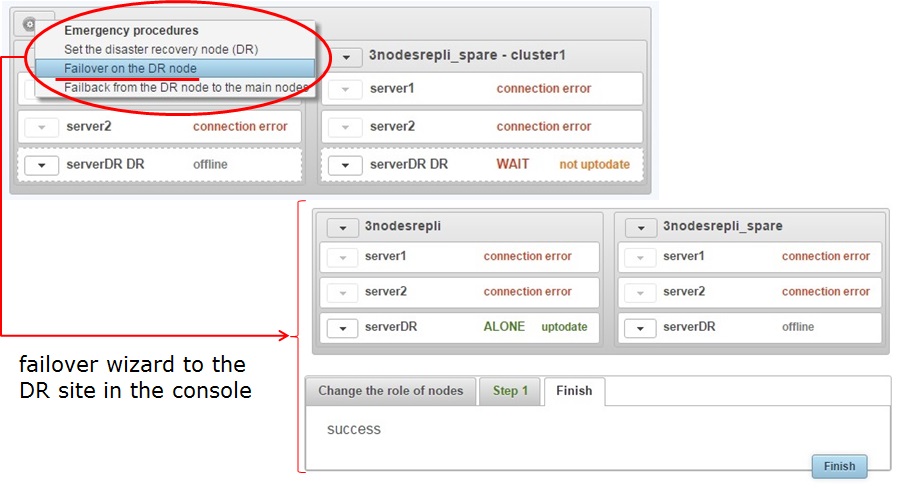 Failback from the disaster recovery site

Failback from the disaster recovery site