Amazon AWS: The Simplest Load Balancing Cluster with Failover on Windows and Linux

How the Evidian SafeKit software simply implements a load balancing cluster with failover in Amazon AWS?

The solution in Amazon AWS

This article explains how to implement quickly a Amazon AWS cluster without specific skills. 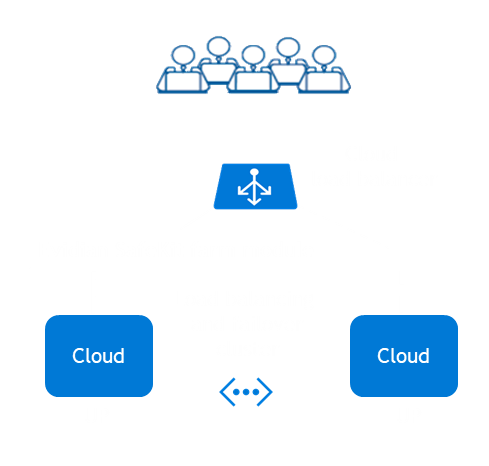 How it works in Amazon AWS?

Partners, the success with SafeKit

AWS Quick Start of a farm cluster on Windows or Linux

To deploy the Evidian SafeKit load balancing cluster with failover in Amazon AWS, just click on the following button to access the AWS Quick Start page and follow the deployment instructions:

You must configure the Amazon AWS load balancer with:

For more information, see the configuration of the Amazon AWS load balancer.

Do not configure a virtual IP address (next image) because this configuration is already made in the Amazon AWS load balancer. This section is useful for on-premise configuration only.

If a process is defined in the Process Checker section (next image), it will be monitored with the action restart in case of failure. The services will be stopped an restarted locally on the local server if this process disappears from the list of running processes. After 3 unsuccessful local restarts, the module is stopped on the local server. As a consequence, the health check answers NOT FOUND to the Amazon AWS load balancer and the load balancing is reconfigured to load balance the traffic on the remaining servers of the farm.